Hamilton, I love you more than ever 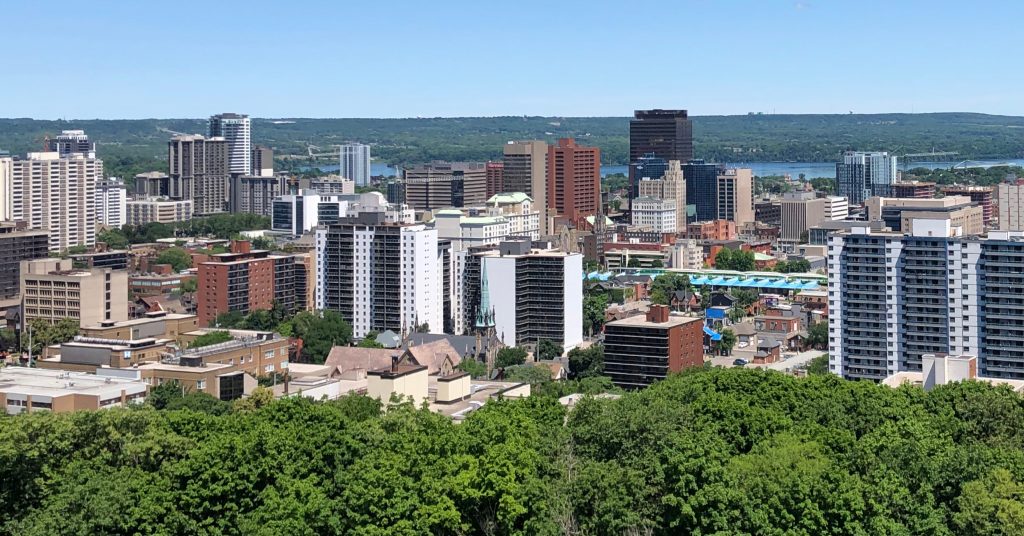 Over the course of 175 days of campaigning, I visited every part of this city. I met thousands of people at the doors and at events. I formed deep connections with so many folks who became indispensable volunteers, spirited supporters and great friends. Our six-month campaign may have been a grind at times, but I have so many fond memories from the trail. I got to experience Hamilton in a way that very few people ever do.

“My competitors in this race have been politicians for a combined 45 years. Hamilton needs a change from the old guard career politicians. I am running for Mayor because we need change. We need new ideas and a new approach that puts the taxpayers ahead of the politicians. As a proud political outsider, I will never be a career politician so I am officially announcing, I will be imposing my own term limits as Mayor. I will be firing myself after 2 terms to make way for new leadership.” 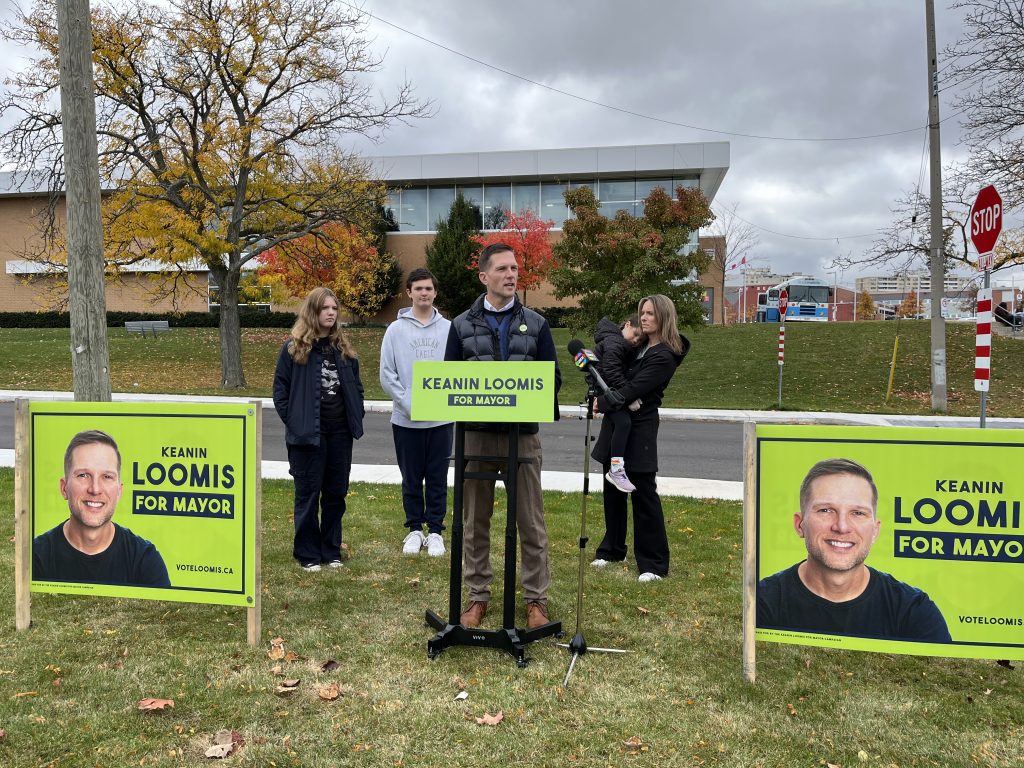 Loomis announced he will secure a location for at least one new community recreation centre in #HamOnt — with the longer-term goal of securing funding to build community centres in in Binbrook, Waterdown, and Stoney Creek, if elected mayor. 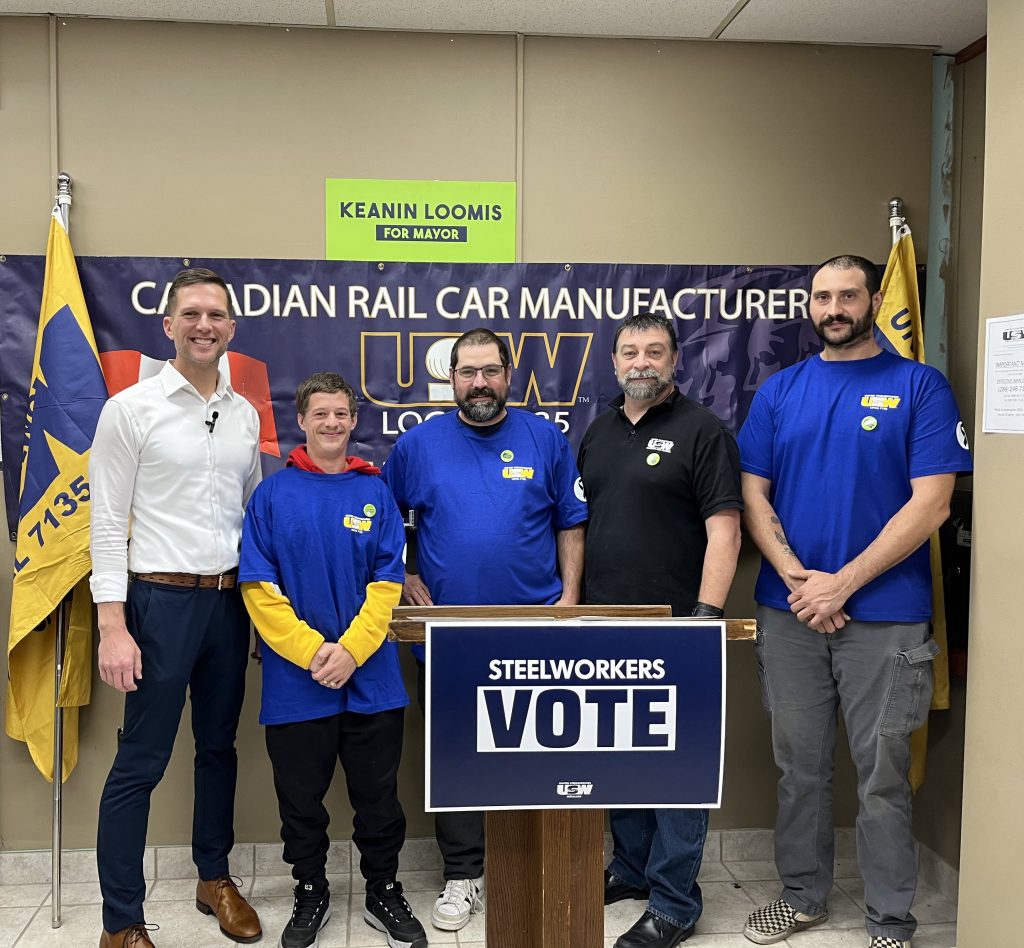 “We are here today to formally endorse Keanin Loomis as our candidate for Mayor for the City of Hamilton,” said Crowder. “We really do need change at City Hall. We like his message that he won’t be afraid to do things differently. We need someone willing to be bold and aim high for our city. Keanin isn’t a career politician. He is someone who is devoted to making a difference in this city. His experience and background will be an asset at City Hall.”

A Statement from Keanin Loomis on Housing in Hamilton 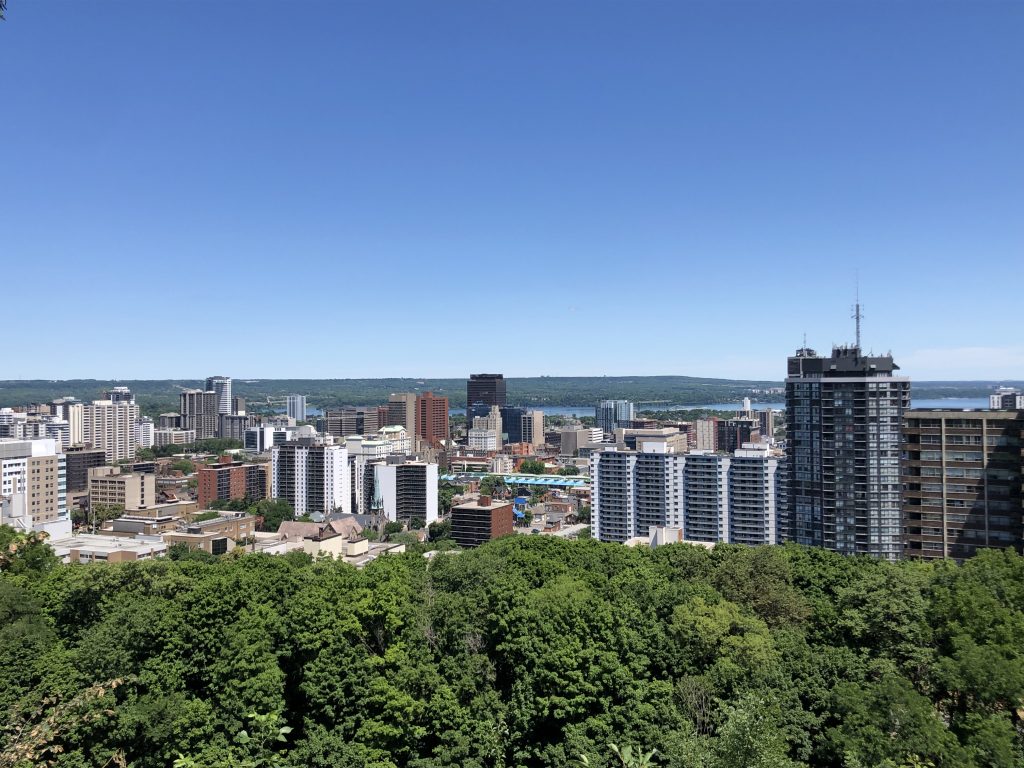 “I want to make myself 100% clear: our housing plan does not involve touching CityHousing Hamilton’s budget, nor do we intend to change the vital role CHH plays in providing affordable housing to its 13,000 tenants. I want a Hamilton where we use all the tools at our disposal to build more truly affordable housing and deliver the wraparound supports people need to live healthy lives. I want to help our non-profit partners with the issues they face, particularly with development charges.” 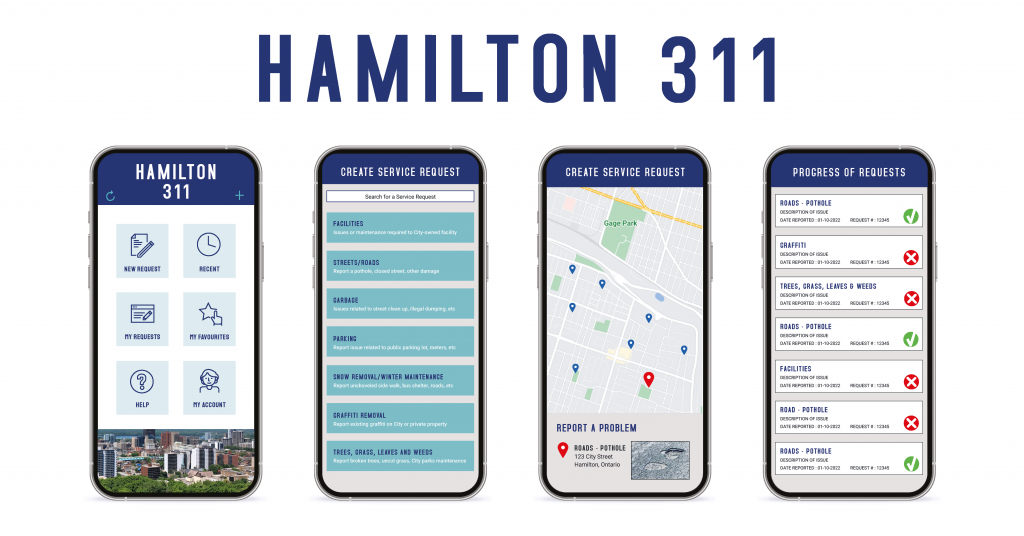 This 311 service will modernize the process for residents to communicate and report issues they see in their neighbourhoods and get them to the right people. These are issues pertaining to city facilities, streets and sidewalks, parking, roads, winter maintenance and more. 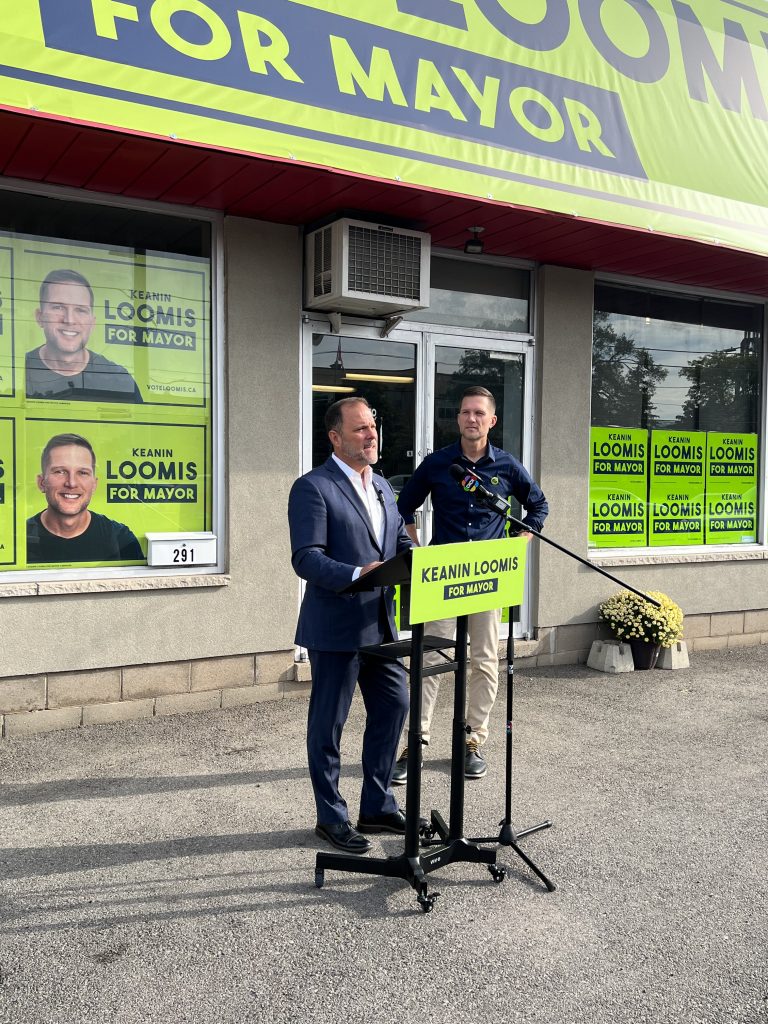 Mayor Sendzik took the opportunity to highlight parallels between the two former Chamber of Commerce Executives and to provide his endorsement. “Similar to Keanin, I was the past President & CEO at the Greater Niagara Chamber of Commerce when I declared my candidacy for Mayor of St. Catharines in 2014,” said Mayor Sendzik. “My time working at the Chamber provided me with the necessary experience and skills required to transition into the Mayor’s chair successfully, despite never having run for office before.” 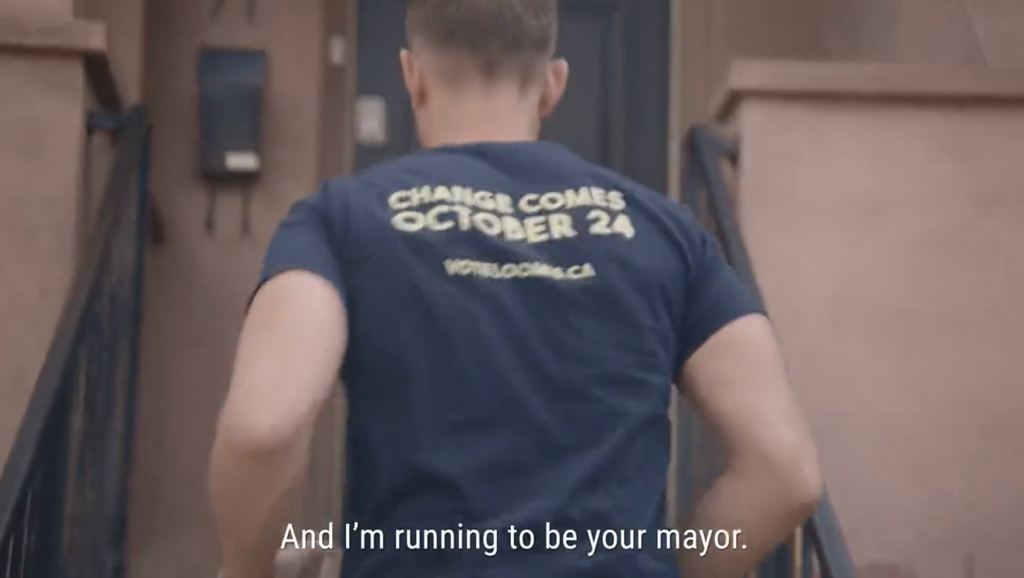 “We have an incredible opportunity in this election to make a choice for real change – generational change that will bring new leadership, bold ideas and a commitment to aim high for Hamilton, so together we can finally realize our city’s great potential,” Loomis says. “I really spoke from the heart in this film and opened up my door to give Hamiltonians a glimpse into my life, my journey, and my vision for a brighter, safer, more prosperous future for all of Hamilton. 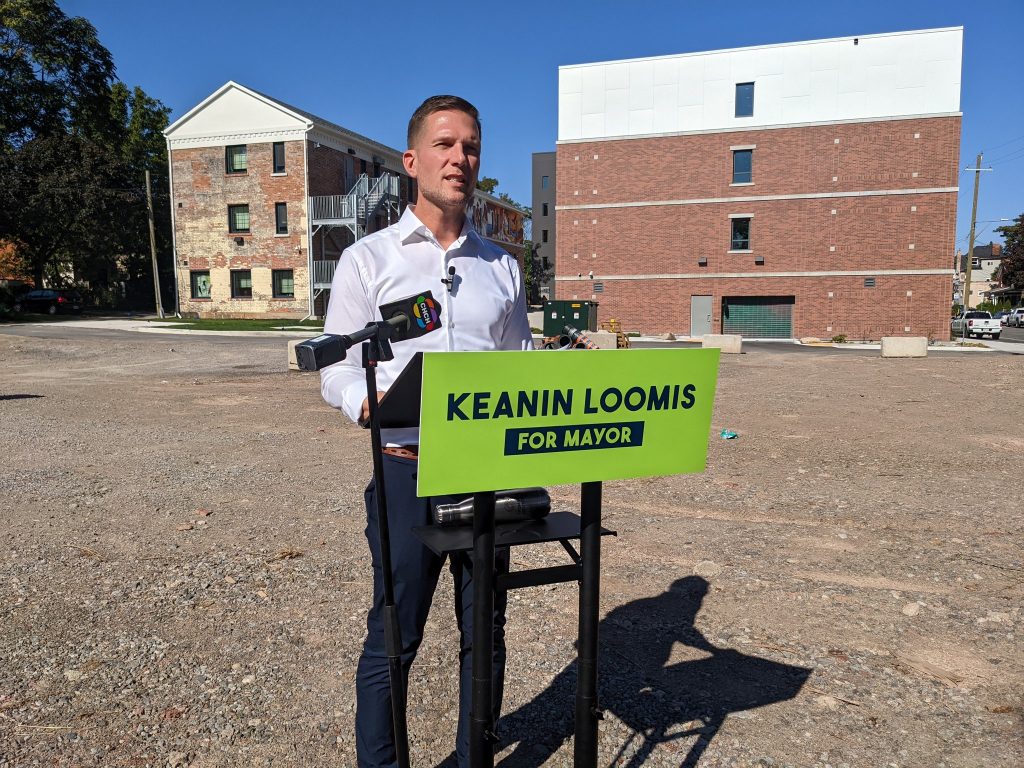 “We are not building enough housing units of all types in this city, but in particular affordable housing and supportive housing are critically needed for thousands of Hamiltonians. It is time for Hamilton’s Mayor to bring community leaders and engaged citizens together to tackle this issue. We need to build a plan, which will include collaboration and the support of creative solutions to combat Hamilton’s affordable housing backlog.”

First and foremost, I support working to ensure Hamiltonians have well-paying jobs and fair wages. I’m committed to listening to residents’ concerns and ideas and I take pride in evolving as a candidate to ensure I’m advocating for residents’ needs and the good of our community.